From The Opera House To The Atmosphere: We Need Government In The Public Interest

After close to 20 years campaigning for climate action, when I first started making noises about fighting back against public space advertising I got some strange looks. What are you worrying about that for? We’ve got far bigger issues to focus on, haven’t we?

What’s interesting is that these comments only came from people closely involved in political activism of various kinds. Most other people I spoke to really couldn’t stand advertising in public spaces and were glad someone was finally challenging it.

That’s certainly what we saw here in Canberra, where the Legislative Assembly’s inquiry into loosening restrictions on billboard advertising received a record number of submissions in just a few days, over 95% of them opposed. And this opposition wasn’t just because it’s intrusive and ugly, but because it’s such a blatant example of big corporations getting their way against our wishes and against the public interest.

When you see it like that, advertising and climate change are two sides of the same coin. Both are examples of the privatisation of public space, the enclosure of the commons, the reckless pollution of what belongs to all of us for the profit of a select few. They both represent the corruption of our politics, with the clear wishes of the people being overruled in favour of big corporate interests. 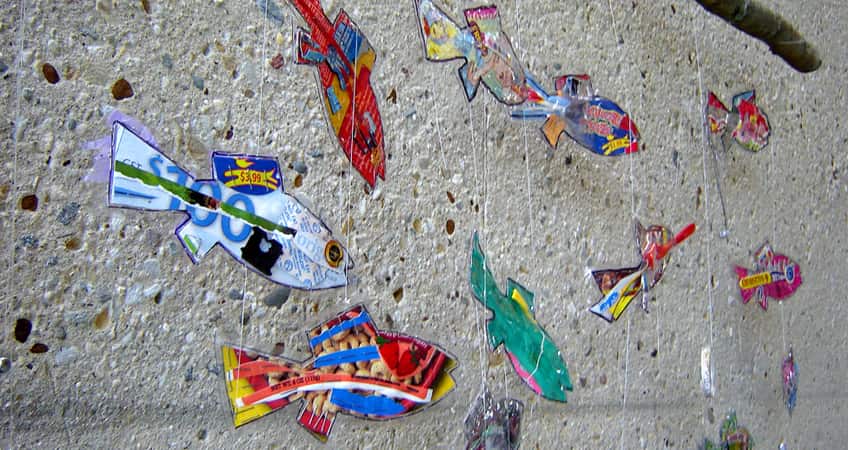 This week, the two have come together. Within days of each other, the Sydney Opera House was turned into a giant billboard to advertise gambling on horse racing and the Intergovernmental Panel on Climate Change released yet another challenge to us all to swiftly end fossil fuel use or face dire consequences.

In both cases, the vast majority of the people line up on one side while Liberal and Labor party politicians line up, with their corporate mates, on the other.

Scott Morrison, Gladys Berejiklian, Luke Foley and even Anthony Albanese all embraced the idea that Australia’s most iconic building should be used as an advertising billboard, telling concerned citizens to “calm down” and stop being “precious”. Meanwhile a quarter of a million citizens signed a petition opposing the move in just a few days and thousands turned out to protest and engage in a spot of civil disobedience to disrupt it.

In a remarkably similar dismissive tone, Government ministers rejected the advice of the world’s top scientists as “some report” that doesn’t carry any direct messages for Australia. The alternative government made hay out of the Liberal Party’s anti-science attitude, but stopped short of committing to what the scientists say we need – to urgently move away from coal.

Meanwhile, overwhelming majorities support urgent climate action and over a thousand citizens dedicated a chunk of their weekend to door knocking around the country for the campaign to stop the Adani Carmichael monster coal mine from being built.

What’s important to note here is that there isn’t just a correlation between advertising and climate change, but also a clear line of causation. Studies over many years, many collated by US academic psychologist Tim Kasser, have shown that advertising increases materialism which, in turn, is linked to higher rates of depression, interpersonal violence and anti-social behaviour. It makes us focus more on our own status and wealth, and less on the common good.

That’s its purpose, after all – to make us want to buy stuff we didn’t previously want! One of the pioneers of advertising, Freud’s nephew Edward Bernays, wrote in the early 20th century about its ability to keep a population “more docile and less subversive”, more easily governable, by making us focus on consumption more than democracy.

The outcome is that the more advertising we see, the less we’re able to work together to protect the climate for the good of us all.

But it feels right now like this has finally gone too far. A population already angry about corrupted governance has seen the sausage being made in front of their eyes, and they’ve had enough. Turning the Sydney Opera House into a giant billboard, to satisfy Alan Jones and major political donors, is so ridiculous that the whole house of cards is collapsing.

The handing over of our streets and public transport to advertisers, our War Memorial to sponsorship by weapons manufacturers, our climate policy to fossil fuel companies – it has now reached a tipping point. The clamour to get big corporations out of our government and get the people back in is becoming overwhelming.

I agree with your analysis of the connections between advertising, materialism, consumption and distraction from climate action. While ever we remain focused upon our individual wants, we fail to focus on our mutual needs. I'm fascinated by the forensic discussions on Gruen which expose the deliberate manipulations of our fears and desires. When we value our needs above our wants, we take back control.