Towards Ecological Democracy – A Political Theory For The 21st Century 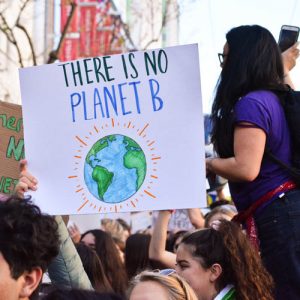 In this seminar, Towards Ecological Democracy – A Political Theory For The 21st Century, Green Institute Executive Director, Tim Hollo, will present a theory of ecological democracy which seeks to apply the fundamentals of ecology to politics, articulating a vision of interconnection, interdependence, and resilience in diversity. Active, constructive critique and participation are welcome.

“It’s increasingly clear that the 19th century political theories and practices which still dominate our politics are incapable of dealing with 21st century challenges. Trust in our current democratic system, in Australia and around the world, is crashing through the floor – and for good reason; by almost every measure, it is failing.

With climate breakdown looming, mass extinction underway, inequality spiralling, and extreme right authoritarianism on the rise, we need a politics which is able to both act to reverse these trends and create resilience in the face of difficult times to come. The intersecting ecological, economic and social crises demand a radically reinvented politics.”

Tim Hollo is an environmentalist, musician and political strategist. He is the Executive Director of the Green Institute, founder of Green Music Australia, and recently ran as the Greens candidate for Canberra. Formerly, he was Communications Director for Christine Milne, has worked for and sat on the board of Greenpeace, and has spent 20 years campaigning for climate action.

With FourPlay String Quartet, he has recorded 6 albums and performed around the world from the National Folk Festival to Carnegie Hall. Tim has been heavily involved in local community-building, establishing Canberra’s first Buy Nothing Groups, setting up a little free library, and spearheading the Keep Canberra Ad Free campaign.

He has been published in the Griffith Review, the Guardian, ABC, Fairfax, Crikey, the Alternative Law Journal and others, as well as book chapters on the role of arts in social change and political paths to a Universal Basic Income.