NENA2018 – Building The New Economy (And The New Politics) 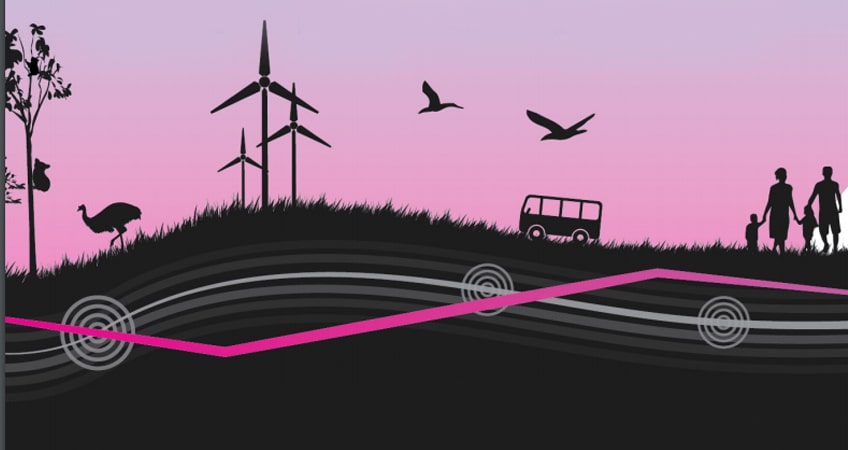 One of the highlights of my work year is always the superb NENA conference – the annual gathering of the New Economy Network Australia.

This year, we gathered in Melbourne, over the last three days, with a focus on the Commons and on food.

There were conversations all day and well into the night about how to build systems and communities in which we care for each other and for the natural world we are part of. From sharing groups to platform cooperatives, unions to suburban agriculture, crypto-currencies to UBI to Earth-centred governance, no stone was left unturned.

The conference opened with the remarkable Adjunct Associate Professor, Mary Graham, speaking on First Nations Care and Management of the Commons. Mary’s speech to the Green Institute’s conference, Everything is Connected, last year, is still making waves, and this was just as challenging and thought-provoking.

Other highlights included Alanna Irving taking us through methods of distributed leadership, Samuel Alexander’s keynote on Post-capitalism by Design not Disaster (featuring his beautiful term “apocaloptimism” – believing that the world is going to hell but still thinking that things might turn out ok), an introduction to Bendigo’s bHive platform co-op, Jose Luis Vivero Pol on treating food as a Commons, and Eric Holt-Gimenez, currently on a national tour around his excellent new book, A Foodie’s Guide to Capitalism. Aviva Reed’s beautiful and powerful artistic presentation on soil was a wonderful end to the second day.

As well as taking part in panel discussions on systems change and on the uses of art for social change for the common good, I presented to the plenary, urging us to think of what we do as a political project as well as an economic one. Here’s the text of that speech.

“The Commons as politics, politics as Commons, and a politics of the Commons”

I acknowledge that we are meeting on the land of the Wurrunjeri people of the Kulin Nation. I pay my respects to their elders, past present and emerging, and to their system of governance, from which we can learn so much.

One of the things which capitalism – like any hegemonic system – does is arrange the world in our minds to reflect itself. Capitalism, being an economic system, frames the organising principles of human society as economic; everything is, in one way or another, about the production, consumption and exchange of goods and services.

Conscious of Michelle’s important explanation yesterday, what I want to do, here at the New Economy Network conference, is challenge us to step outside the economic frame and talk about what we’re doing as politics. Because politics is the process through which we come together to make decisions communally for our common future. This is not to reject economic questions! Politics includes the economy, but it goes broader, encompassing all kinds of interactions, how we relate to and with each other and the natural world we are part of.

Capitalism presents politics, and democracy itself, in terms of market exchange. It presents the market as democracy. Increasingly, there’s no need to go to the trouble of holding votes when consumers vote with their dollars.

The kind of post-capitalist system that we talk about at these conferences – a system based on principles of the commons, caring for the community and the natural world for the long term – has to replace this frame. We must learn to see the commons as political, and to see politics AS a commons, in order to build a politics OF the commons.

Let’s unpack this a little.

Seeing the commons as political is how we shift commons practices from being different (non-capitalist) to being transformative (post-capitalist). It’s entirely possible for cooperative, regenerative, economic practices to exist on the margins of capitalist economic practices – they’ve always been there. And until we see the commons as political, that’s where they’ll remain – at the margins. If we want to transform the system, we have to see our non-capitalist acts as political acts, as deliberately disruptive of the current system, as prefiguring a different way of being in the world.

What about seeing politics AS a Commons?

David Bollier describes a Commons as a resource + a community + a set of protocols. We’re used to applying this to a field, or a fishery, or the atmosphere, or even, now, the city.

I suggest we need to view democracy as a common pool resource, which we, the community, must steward, through political protocols. Democracy can be strip-mined for the benefit of those in power, or it can be cultivated to grow public goods, trust and social cohesion. Democracy can be enclosed to exclude the many for the profit of the few. Corporate political donations, access of lobbyists, shutting down civil society, attacking unions, criminalising protest, Investor State Dispute Resolution, privatisation of public services – all these damage the integrity and sustainability of our democracy, undermining its capacity to grow public goods.

Following Ostrom’s 8 rules, then, we can:

(I skipped rule 7, coz it’s about interaction with those outside the resource and community, and democracy must be universal.)

So how do we get there? Guided by Ostrom, Bollier, Foster and Iaione, Bookchin and others, I identify five basic design principles for creating a politics of the Commons which I want to briefly outline in the time remaining. We have to:

That’s just a thumbnail sketch. But, in this way, we can build a politics of solidarity, pluralism, ecology and equity, in which the mutual interconnection of diverse parts increases the resilience and sustainability of the whole; a post-capitalist politics of the Commons.